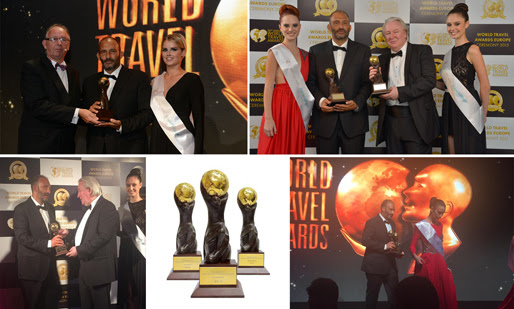 HotelBrain has been recognized in one of the most competitive categories at the 2015 World Travel Awards and bestowed the title of‘Europe’s Leading Hotel Management Company’.

At last weekend’s glamorous ceremony of the 22nd annual ‘Travel Industry Oscars’, (as the awards have been dubbed), held at the iconic Forte Village Hotel in Sardinia, Italy, HotelBrain was awarded the following distinctions:

Distinguished as the ultimate winner in its category, HotelBrain competed against a number of other reputable companies from all over Europe, such as Interstate Europe Hotels & Resorts, Michels & Taylor and Oetker Collection.

The HotelBrain team, along with the company’s President & Founder, Mr. Panos Palaiologos, would like to express their sincere appreciation for the public’s continued support and votes at the world-renowned institution that is the World Travel Awards.

The World Travel Awards were established in 1993 to recognise and reward excellence in the travel and tourism industry worldwide.