skip to Main Content
Panos Paleologos, “Strategies and Tools available to increase the number of visitors from emerging markets”
Back to All 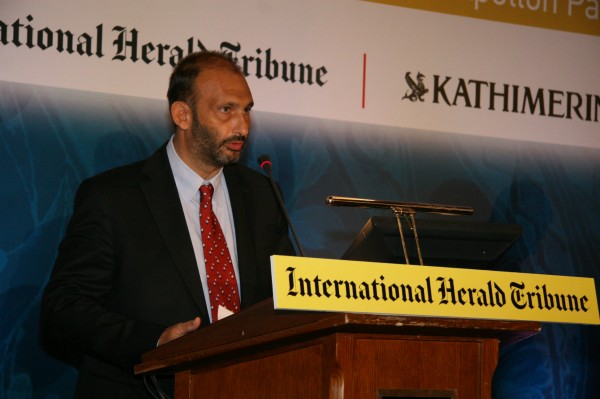 Mr Panos Paleologos, Founder & CEO of HotelBrain, Guest Speaker @ the Mediterranean Luxury Travel Summit 2013, 7-8 October @ Divani Apollon Palace. So, what is his point of view expressed in the Summit, regarding  the strategies and tools available to increase the number of visitors from emerging markets?

Tourism is changing as Europe weakens as a result of the economic crisis.

Globally, the tourism industry – worth an estimated $1.15 trillion last year – is expected to grow by between 3 and 4 percent in 2013, driven by up to 6 percent higher visitor numbers in emerging markets, according to latest estimates from the UN World Tourism Organisation (UNWTO). World tourism in 2012 reached to one billion travelers. Most of the traditional tourism markets slowed down and took a dip for the first time in 2008 and 2009 due to the global recession. Tourism sees growth in Europe, the world’s No. 1 tourist destination, slowing to 2 percent or holding steady at 3 percent as the region’s debt and financial crisis rumbles on. Germany’s federal tourist association BTW forecasts growth of just 1 to 2 percent this year due to the uncertain economic environment.

Greece has long been a popular destination for people from Germany and Britain. It’s now also an attractive holiday spot for an increasing number of tourists from China, Japan, Korea and Eastern European countries. Well over a million Russians and another million of Turkish travelers are expected to visit this year. The latest projections for the year as a whole put the number of foreign visitors to Greece at 17.5 million, with revenues totaling 11-11.5 billion euros.

So, What are the emerging markets in tourism?

Emerging markets like China and Russia will continue to be the main driver of growth for international tourism. With international travellers projected to almost double by 2020, to approximately 1.6 billion, the most significant increases are expected to take place in markets like China, India and South-East Asia. Eastern Europe completes this picture, followed by the Latin American and finally African markets. These markets are often referred to as “emerging markets”.

The travel potential of travel and tourism’s top emerging markets:

The combined number of visitors from Russia and Turkey – emerging markets for Greek tourism – is likely to reach 2 million this year, with all-time highs for both countries. The initial forecast for the number of Russian tourists this year stood at 1 million but this is now being revised to 1.2 million. Their number was up 37.6 percent in the January-May period, more than in any other competitor country destinations, such as Spain, Turkey or Cyprus. In the April-July period it was 252,900, exceeding even arrivals from Germany, which totaled 222,070. This is also encouraging in terms of the projected revenues, as each Russian spends about 1,000 euros on average while on foreign trips – slightly more than the average German tourist – when the average visitor to Greece lays out about 560 euros.  A further increase of up to 30 percent in the number of Russian visitors may be realized next year. The respective projection for Turkish visitors is up to 800,000, who may not stay as long as the Russians but spend considerable amounts on food and drink. The combined number of Russian and Turkish visitors three years ago was about half of what it is today. The growing trend has been greatly helped by an easing of requirements for visas.

Turkish visitors in particular this year chose to celebrate the end of Ramadan at destinations in northern Greece and on islands close to the Turkish mainland. A pilot program of easier visa requirements for Turkish tourists – who mostly come for two or three days – applies this year for the Dodecanese islands of Rhodes, Kos, Kastellorizo and Symi.